Dublin Lyric was founded in April 2005 with the objectives of performing and promoting rarely presented Irish poetic drama. In addition, the group aims to create a permanent record of the works; and to complement this work by presenting equivalent calibre drama from the international repertoire pertinent to the times.

Through its regular performances in the National Library of Ireland, Dublin Lyric contributed to the promotion of the Library's major exhibition Yeats: the life and works of William Butler Yeats.

Covering many aspects of the poet's life and his development as a writer, this exhibition also gives visitors insight into Irish social, cultural and political life from the late 1800s to the 1930s.

The Players operate as an association of Dublin based theatre practitioners collaborating on a collective, project by project basis.

Eleven of Yeats plays have been presented by Dublin Lyric, in association with the National Library, since Spring 2005

Permanent audio or audio/visual records of all of these presentations in live performance have been made and have been made freely accessible by Dublin Lyric to researchers visiting the National Library of Ireland.

Origins of the name

Dublin Lyric derives its name from the Lyric Players Theatre in Belfast, whose foundation stone for a new theatre in 1965 was laid by the poet Austin Clarke. During the first thirty years of its existence, the Belfast-based Lyric Players championed the cause of Yeats’s plays, putting on many of his works including the Cuchulain Cycle, which they performed at the opening of the purpose-built Poets’ Theatre in October, 1968. A new theatre opened in 2011, thus securing the legacy. It was constructed on the Lyric's existing site in Stranmillis on the banks of the River Lagan. The new development includes a 389-seat main auditorium, a new studio together with dedicated youth and education space. 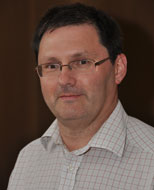 The leader of Dublin Lyric, Conor O'Malley, trained with the Lyric in Belfast and with the Bristol Old Vic Theatre School. He has directed many plays over the years including Brecht’s Mother Courage, The Resistible Rise of Arturo, Ui The Caucasian Chalk Circle, Sobol’s Ghetto, O’Casey’s The Plough and the Stars, Juno and the Paycock, The Silver Tassie, Red Roses for Me, Arms and the Man, Galvin’s The Last Burning, The Heart's A Wonder, Sam Thompson’s The Evangelist, The Colleen Bawn, Peer Gynt, an adaptation of Finnegans Wake and new plays There's Nobody Mad Here and Marty's Shot by Armagh based writer, Joe Ruane. He gave many theatre courses through the Adult Education Department in UCD over a 20 year period. Since then, Conor has had a stint as Director of Strategy at Culture Ireland and, in a parallel existence, contributes to the conservation of the natural heritage.